"Comey is a Commie!" 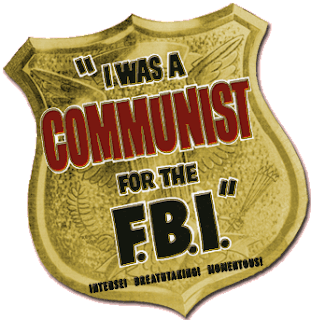 Breaking News- According to the DNC and HRC Campaign, based on FBI director Comey covering his ass in a politically charged situation, he is a left of Lenin, kill you in the snow, communist, the head of a communist conspiracy in America, a homosexual (not that there is anything wrong with that, unless it is with Putin) confidant of Putin and his man harem, and a collaborator with the Slavic menace that threatens American civilization, apple pie and mothers.


"While my enemies continue to waste America's time discussing why I destroyed nearly 50% of my email correspondence when people asked to look at them, which were supposed to be archived by NARA to allow the government, NGO's, journalists and historian to piece together the thoughts and ideas of the people steering this great nation, since anything that might embarrass me is obviously personal, and anyone who says differently,or tries to bring this up again, will be arrested and or dead within the hour, and is probably a communist, Putin collaborator, and a rapist to boot"

Hillary Rodham Clinton said at a town hall gathering in Hannibal Indiana, adding that Comey had been suspected of treason by the Clinton's for, literally, hours, and they couldn't rule out that he might also be a child murderer and worship foreign gods your fore fathers did not know.


Besides the firm and unshakable belief that all of America's woes are some how connected to Putin's Russia, including a FBI director who had clearly gone rogue, which is Clinton's term for people who are fair, impartial, and refuse to play her games, is the fact that they have been unwilling to tie recent DNC hacks on a secret Trump-Russian alliance, which Clinton is clearly not paranoid for thinking exists on the most tangential of proof, in fact, far less proof than the fact that her husband is a rapist and she enabled his monstrous behavior.
Posted by Blake Newberry at 4:22 PM